They Missed the Windmills in Brown's Elysian Fields 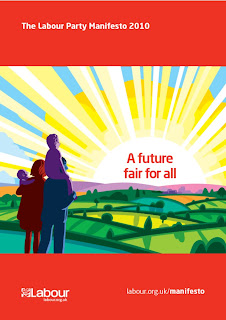 The Labour Party seemed to have found a part of the country side not covered with ugly windmills for the cover of their election manifesto but   a fairy-tale picture cannot hide the ugly truth of a country deep in debt and horribly mismanaged by an incompetent government. The long-suffering taxpayer has Hobson's choice of two Kool-ade drinkers in Cameron and Brown making one think that not only has the sun set on the British Empire . it will soon set on Britain itself!
Posted by Baron at 12:15 PM