They neither sow nor reap, They have neither storehouse nor barn, and they get paid heaps!! 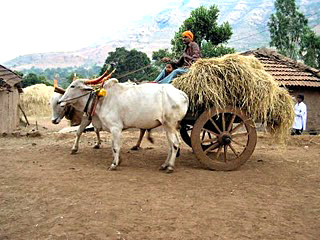 The Green philosophy seems to be to return us to the dark ages of the village economy with super soft toilet paper replaced by a stick, and cooking over a bio-renewable cow-dung fire but the change would have one great advantage -it would rid us of  the burden of green bureaucrats. A two day conference on the effect of half a degree of warming on the mating habits of the purple dung beetle would not normally be high on the list of tasks around  a village in survival mode.
The bloated green public service is becoming larger by the day with now over 23,000 public "servants" employed in the Green Bureaucracy with more to come . The word "servant" is a misnomer as servants do not normally go around micro-managing  their masters making green tape  as big a problem as  red tape .

A GREEN brigade of bureaucrats assigned to environmental programs around the country has grown by 20 per cent since Labor won power four years ago.
And the commonwealth public service has breached some of its own energy-saving targets, with the Canberra headquarters consuming 25 per cent more electricity than a decade ago.
The number of public servants employed by the federal, state and territory environment departments has risen to 23,466, as green agencies recruit new staff at the rate of 1000 a year.
The green workforce has grown by 75 per cent in the key federal environmental agencies, which have almost 4000 permanent staff.
The bureaucratic blow-out will intensify as the Gillard government creates six new federal agencies to administer 20 new programs tied to the introduction of a carbon tax next year.
At least 200 more public servants will be recruited by the new Clean Energy Regulator.
I think we could safely move the whole bunch to an empty part of the Northern Territory and no one would notice. They could spend their day writing reports and sending memos to each other and leave the rest of us alone.
Posted by Baron at 8:51 PM