Completely lost in all the eco-babble about scrapping coal power and nuclear power and replacing it with "green energy" is the fact that a modern economy is built on cheap power and the changes the green activists want will lower enormously our standard of living.  Low cost power is a multiplier to human effort so a few people can produce large outputs allowing a society where more and more people live off the sweat of fewer and fewer productive workers.

The Wall Street Journal examines the price of global warming policy and the effect  on standards of living.

Reforms to climate-change policy—to focus on research, adaptation and resilience—have been a good idea for some time. With so many other financial and economic challenges facing European economies they are becoming absolutely essential. The only question now is how long the politicians can hold out against a skeptical public that is footing a growing bill in the name of climate-change virtue.

The French economist and demographer Emile Levasseur once wrote how, if one steam horse power was taken as equivalent to 21 men, in 1840 French industry had one million new workers as a result of steam power. By 1887, that number had risen to 98 million, or "deux esclaves et demi par habitant de la France,"—two-and-a-half "slaves" for every inhabitant of France. On the same arithmetic, the energy we consume today in Britain is equivalent to around 97 workers tirelessly laboring on our behalf, every hour of every day.
A floor under the price of carbon, as expensive as it will be, won't by itself suffice to move Britain into the promised low-carbon future any time soon. French energy giant EDF, which lobbied furiously for the floor, is now calling the floor only a "first step" toward getting the support it needs to build new nuclear reactors, which produce essentially zero-carbon electricity. The company is stuck with a byzantine French reactor design and any company building new nuclear faces huge financial risks in trying to construct new plants. There are other covert subsidies in the electricity-market reform package, but a nuclear renaissance still looks like a fairly distant prospect.
View Full Image 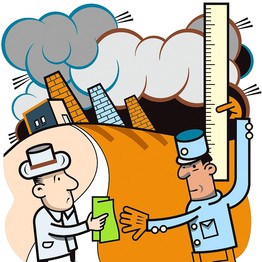 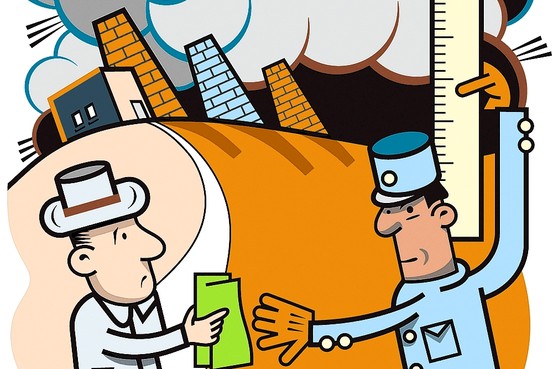 Some other low-carbon sources of energy will also take too long to make a major contribution between now and the EU's 2020 target date for cutting emissions and using more renewable energy. To meet those targets, Citigroup analysts expect Britain would need to invest €229 billion—nearly €4,000 per Briton.

That's because nuclear energy and carbon capture-and-storage will take too much time to expand on a large scale, solar remains comically expensive and ill-judged in cloud-drenched Britain, and onshore wind energy faces geographic limitations and local resistance. The government is left with investing in extremely expensive offshore wind energy.
While Britain faces the largest bill in the EU to meet its targets, other countries are also facing huge costs. Spain, for instance, will have to spend €53 billion, and academic estimates suggest that it will cost Germany €53 billion to pay for the solar power it had installed by the end of 2010. That's largely thanks to Germany's feed-in tariffs, which guarantee high prices for renewable-energy generators.
We now need to decide whether or not it is worth paying those mechanical and electrical slaves a lot more money, or if we should give up on the services of many of them entirely in order to reduce the expected harms from global warming. That is the critical question politicians have to face up to on climate-change policy: whether what we are doing now to try and arrest emissions is worth the sacrifice in living standards it entails. That question is particularly urgent when deficit-cutting measures are already putting huge pressure on family budgets.
Posted by Baron at 12:22 PM