Ouch! A Quarter of a Trillion Dollars for the Green Carpetbaggers !

A UN report has calculated last year's investment in so-called "clean energy" at a staggering 243 billion dollars for technology that  basically doesn't work in real energy systems.  One quarter of a trillion dollars could solve a lot of the world's problems in feeding and housing the poorest, providing education and medical care and bringing hope and opportunity to those who have none but instead the money will fund every loony project these onanists can dream up and call "clean energy". 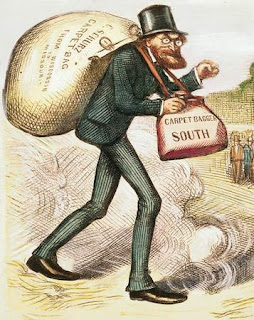 UNITED NATIONS: Global investment in clean energy rose to a record $243 billion dollars last year with the vast majority concentrated in the world's top 20 economies, the United Nations said Wednesday.
Many countries are struggling with the breakneck increase in climate change financing, however, according to a new UN Development Program (UNDP) guide to one of the world's fastest growing industries. Over the past two years more than 50 national public climate funds have been created. There are 45 carbon markets and more than 6,000 private equity funds providing billions of dollars for climate change action, the guide said. The European Union, Japan and the United States are already providing $30 billion a year to help poorer nations combat global warming and this Green Climate Fund will be channeling $100 billion a year by 2020.
It is always useful to follow the money when you don't understand what is happening and that amount of money explains why Big Green is being funded so generously. This is the biggest confidence trick in history and that huge amount does not include similar amounts channeled to the UN State Socialist Redistribution organisation which we can easily remember by the acronym  USSR.