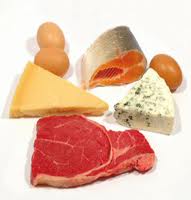 The Nanny State award winner this week is clearly Denmark where the government is applying a "fat tax" on foods such as butter and milk because they contain saturated fats. This intrusion into the daily life of citizens is obviously needed because Danes are obviously incredibly stupid and not able to work out what they should and shouldn't eat. The worst thing is that other governments are going to think this is a  great idea and the grocery shelves will become another shining example of political correctness with eye-catching displays of wholemeal bread,unprocessed grains and tofu!

DENMARK has become the first country in the world to impose a fat tax, after a week in which consumers hoarded butter, pizza, meat and milk to avoid the immediate effects.
The new tax, designed by Denmark's outgoing government as a health issue to limit the population's intake of fatty foods, adds three dollars a kilo to the price of saturated fats in a product.
This add about 40 cents to the price of a pack of 250 grams of butter.
The new tax will be levied on all products including saturated fats, from butter and milk to pizzas, oils, meats and pre-cooked foods, in a costing system that Denmark's Confederation of Industries says is a bureaucratic nightmare for producers and outlets.
Posted by Baron at 6:30 AM