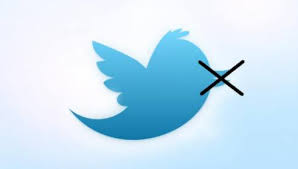 A disturbing story has emerged of censorship of Twitter comments negative to the Government in Australia as reported in Polliter.com. It seems that Twitter is removing tweets at the request of Government officials although those tweets are still visible to those with US accounts.

Death-threats, censorship, filtering, honey traps and account tampering: Twitter is in the thick of an alleged scam to end political debate in Australia. Now, in a stunning admittance, key players forcing Twitter to censor political debate in Australia, have exposed themselves in an audacious display on, of all things, Twitter.
After weeks of canvassing Ministers, Government and Opposition MPs and a main-stream media that is less than interested, our on-line campaign to end Twitter censorship lead to one Independent MP to address the matter with the Government – and then being told by a Government Twitter agent how and what to ask to avoid getting the answer!
While anti-government tweets are being removed it seems any revolting political criticism on Twitter is OK if it involves Tony Abbott's family!
This is very stark contrast to disgusting assaults by left-wing users who are, mysteriously, never censored or filtered by @TwitterAU. In one such example, twitter troll @AshGhebranious says “Easy! They will send Tony Abbott’s daughters to Indonesia to have sex with ministers till they allow coalition to tow back boats”. Even though this was immediately referred to @TwitterAU, no action was taken because @AshGhebranious is a renowned Labor staffer.