May Global Temperature - NOAA vs UAH

The Conversation ,the taxpayer funded left-wing internet rag starts it's latest alarmist propaganda article with this statement:
"Last month was the hottest May in terms of global surface temperature in a historical record that extends back 130 years, according to NASA, and with an El Niño forecast for the end of the year, we could see more records fall."

I thought I had better check the un-tampered satellite May temperature record for verification and it
seems that it wasn't the hottest May at all with 1998 claiming the honour by a good margin. Of course the 1930 heat waves are not included in the satellite record and were probably higher still. The NASA/NOAA temperature records are currently under scrutiny as it seems a substantial percentage of data readings are faked causing, of course, increased warming . 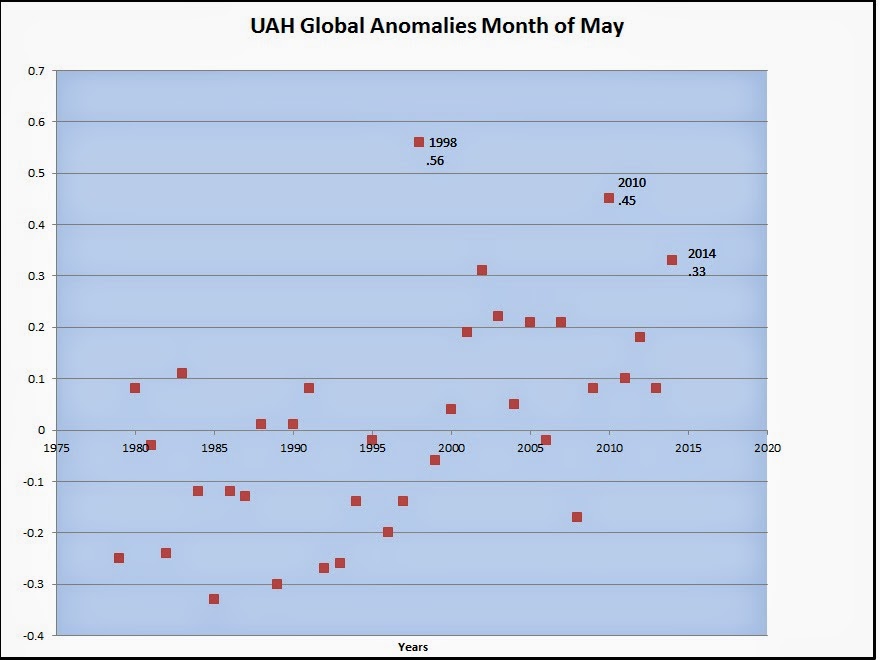