NOAA has made the claim that May and June this year have been the hottest in history ignoring the untampered satellite records of the RSS and UAH datasets which are two of the four major datasets measuring global temperatures. It was also much hotter in the 1930's at the time of the dust-bowl of Steinbeck's Grapes of Wrath although the Winston Smiths of NASA have been at work falsifying the past record to erase that fact.The correspondence of the two satellite datasets is very good. The claims by NOAA are remarkable considering there were icebergs in the the Great Lakes in June and the Arctic has been below normal temperature for months. 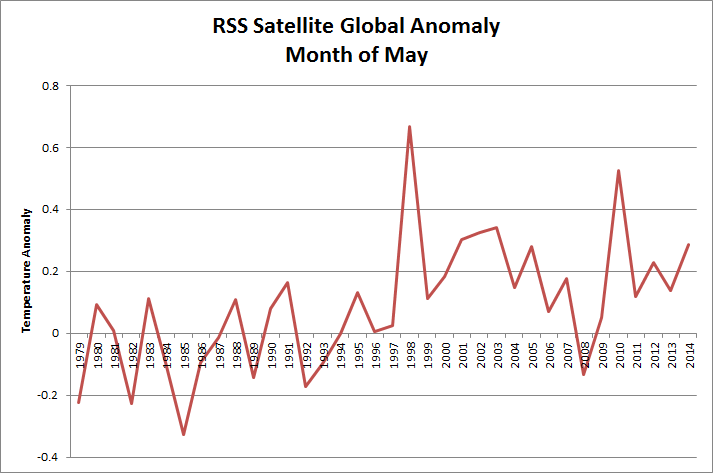 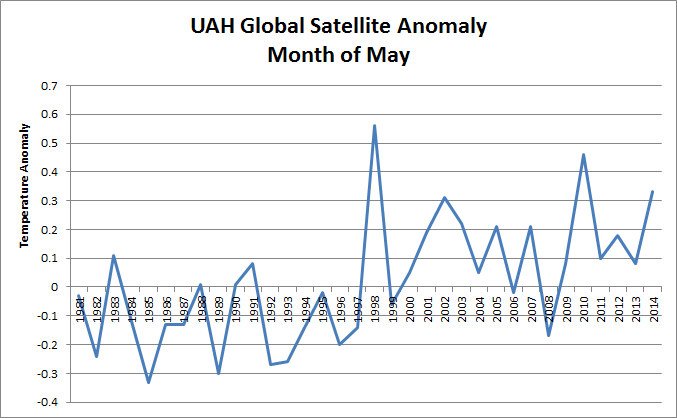 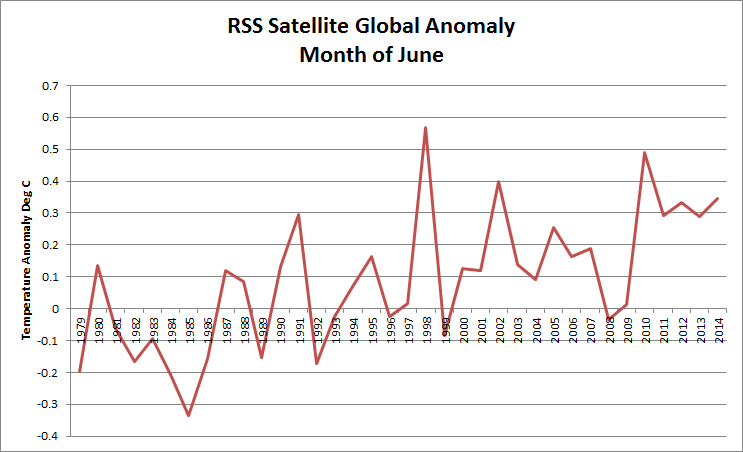 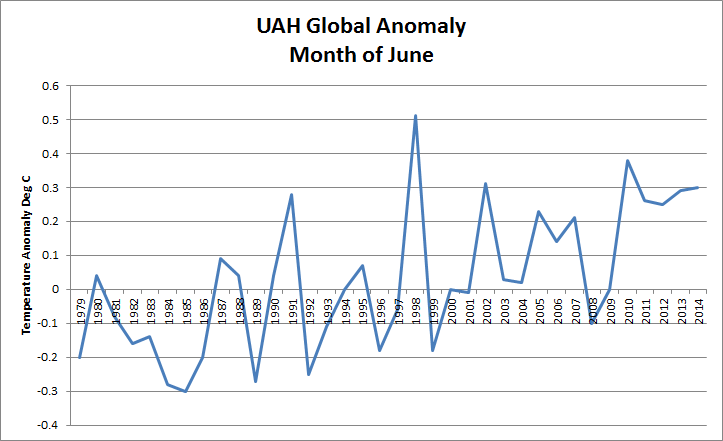 H/T to Steve/ Tony at RealScience