The Rule of Law goes AWOL in the US 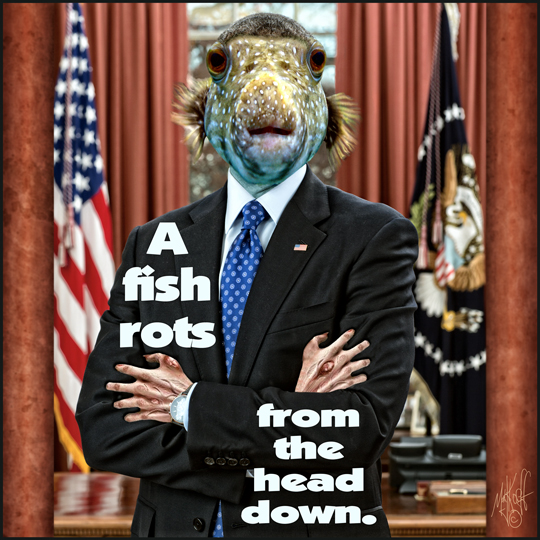 With the administration cover-up over Benghasi and the inexplicable loss of IRS emails from various servers together with the EPA email scandals it is not surprising that law officials down the line should emulate the country's leader in trashing the legal system.
In Massachusetts the DA has dropped criminal charges against two law-breakers on the basis that they were protesting against climate change and that apparently made the illegal activity OK. When two activists blocked coal transporters and were arrested DA Sutter dropped the charges. From Democracy Now:

In a surprise move, District Attorney Sam Sutter of Bristol, Massachusetts, has dropped criminal charges against two climate activists who were set to go on trial Monday for blocking a shipment of 40,000 tons of coal. In May 2013, Ken Ward and Jay O’Hara used their lobster boat to prevent a delivery of the coal to the Brayton Point Power Station in Somerset, Massachusetts. For their trial, Ward and O’Hara had planned to invoke the "necessity defense," arguing that their actions were justified by how the coal industry worsens the climate change that threatens our planet. In an unprecedented announcement, District Attorney Sutter all but adopted their reasoning and dropped the charges. "Climate change is one of the gravest crises our planet has ever faced," Sutter said outside the courthouse, explaining his decision. "In my humble opinion, the political leadership on this issue has been sorely lacking.”

Tune in to Democracy Now! on Wednesday for our interview with the two climate activists, Ken Ward and Jay O’Hara, and District Attorney Sam Sutter.
What range of crimes are now permissible under this new scenario - arson,bodily harm ? Where will it stop.
Posted by Baron at 7:28 AM