The Sydney Morning Herald headlines that September global temperatures have set a new record high which feeds into the alarmist propaganda buildup for the Paris climate meeting in December.
However as usual the truth is somewhat different. The accurate RSS satellite temperature record shows that September was the 4th highest for the satellite data which is not unexpected with the strong El Nino effect. 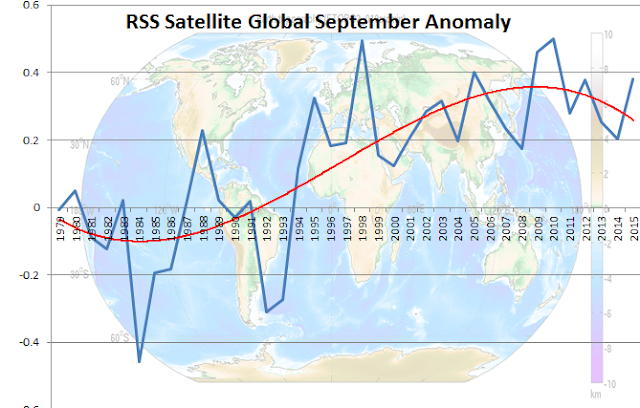 Meanwhile the pause continues with the globe actually cooling over the last decade contrary to claims by alarmists.